A film by Friedrich Moser

A codebreaker genius, a revolutionary surveillance program and corruption across the board of NSA.
Against this backdrop unfolds the feature documentary A GOOD AMERICAN. The film tells the story of Bill Binney and his program ThinThread and how this perfect alternative to mass surveillance got ditched by NSA for money – 3 weeks prior to 9/11.

“A Good American is an eye-opener in both political and very human ways.” Indiewire

“Moser (…) approach evokes the work of Errol Morris, not least The Fog of War, which also dealt with the misuse of power by those charged with America’s defences.” The Guardian


“A Good American, a fascinating prequel to the Snowden story”  Oliver Stone 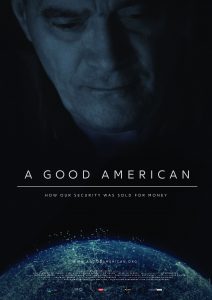 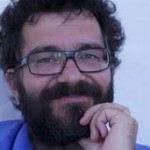 Friedrich Moser
Born in 1969 in Gmunden, Friedrich holds a university degree (MA) in History and German studies from the University of Salzburg (Austria). Friedrich started his professional career as a TV journalist and editor in Bolzano-Bozen (Italy). In 2001 he founded the production company blue+green communication. In the past years, he has made over 20 documentaries, most of them as producer, director and cinematographer. Friedrich’s professional career also includes lecturing on history and documentaries at the University of Vienna, as well as teaching video production at the Secondary School for Commercial Graphics in Bressanone-Brixen, Italy.