ZORAN, MY NEPHEW THE IDIOT

A film by Matteo Oleotto

Paolo, passes his days dragging himself between drinking sessions in the local bar with his friends, an unsatisfying job and an unsuccessful dream of winning back his ex-wife.
One day, he comes across his nephew Zoran, a curious boy of fifteen, born and raised in the mountains along with an aunt that Paolo did not know to have. After her death, Paolo is the only person who can take care of the boy. One day, he discovers that Zoran has a bizarre and unexpected gift: he is a real champion in playing darts. This is an opportunity for Paolo to take a revenge against the world.
But things do not always develop as we would like them to. 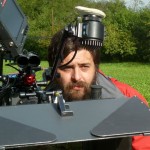 Matteo Oleotto
Matteo Oleotto was born in Gorizia in 1977. In 2001 he graduated in Acting from the Civica Accademia d’Arte Drammatica “Nico Pepe” of Udine and in 2005 in Film Direction at the Centro Sperimentale di Cinematografia in Rome. His shorts won awards all over the world. He worked as director for TV programmes and commercials.