Occupation as occupants see it.
5 countries of Warsaw Pact occupied Czechoslovakia in 1968.
50 years later 5 directors from these countries are going to shoot a short film about invasion from the point of view of the people who took part in it. 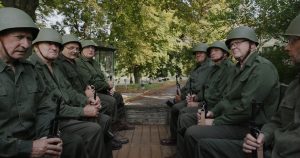 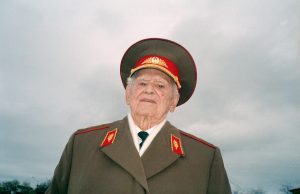 THE LAST MISSION OF GENERAL ERMAKOV
Lev Gorelov is a 93 year-old man who lives in Odessa and in august 1968 he commanded his unit to occupy the airport in Prague.
He has a dream. He wants to collect all ex-comrades who were with him in 1968 in Czechoslovakia. It might be his last mission. How do they remember their past together?The main protagonist will search for the rest of the team to complete their last “military” mission. A road movie from Odessa through Kiev, Minsk and Moscow to Prague.

RED ROSE (FRIENDSHIP AND LOVE IN THE TIME OF OCCUPATION) 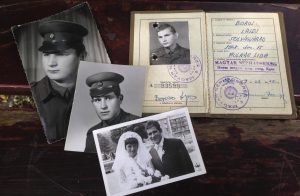 The main character is a Hungarian soldier taking part in the operation. They were expecting war, but they found peaceful people.
The biggest enemy was the boredom. Soldiers had love stories with local girls, and friendships with local man.Somewhere between a documentary and a fiction movie, the short reenactment scenes show exciting, funny, and at times painful episodes from the lives of the Hungarian occupants in Czechoslovakia. 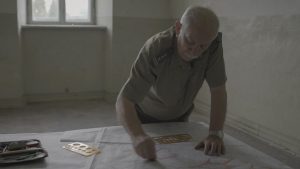 I'M WRITING TO YOU, MY LOVE
The sunny seaside, girls in bikini, the pop-music festival, the self-immolation protest, and tanks on the street of occupied Prague. Based on the communist secret services archives and informant reports, this found-footage documentary on the invasion of Czechoslovakia by Soviet allies tells the story of a woman getting married to a man who went to war instead of their honeymoon. It is a patch-work reconstruction of the absurdity of the totalitarian country whose citizens at once invade their neighbour, print leaflets to sabotage the invasion, and dance the twist all night long. 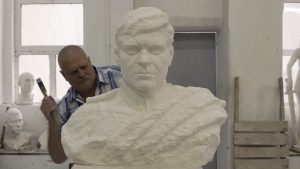 Sergeant Nikolov Tsekov was one of Bulgarian soldiers who was in Czechoslovakia to lead a counter-revolution. Most of these were in charge of guarding the airport Ruzyne. September 9, around 9 pm Nikolov acted like he needs to go to the bathroom. He left and never returned. 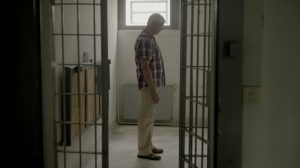 VOICES IN THE FOREST
In the summer of 1968, more than 16.000 East-German soldiers stayed in the Saxonian forests and barracks close to the Czechoslovakian border: youngsters on the verge between boyhood and adult life, anticipating a mission that would never happen. A lieutenant solves a crossword puzzle by filling out random letters. Hoard of men wear gas masks and stumble through the forest. Others get drunk and shoot at each other. In middle of this time of absurdity and stasis, a secret little radio keeps a man from losing his mind.