The summer of Chico starts at home, with his grandparents, under the cover of the lemon trees. An outlet. The ground of his childhood memories. But now, he belongs to Lisbon, where he graduated and where he hopes to find a career. Chico is part of a generation without prospects and expectations, where reaching adulthood seems to be perpetually delayed. The nights of Lisbon, intoxicated by its affections and heartbreaks, hold him into a psychedelic hedonism, where burning anguish fuels into euphoria. 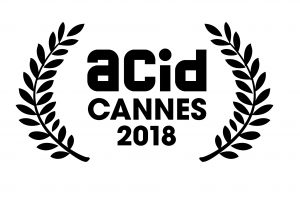 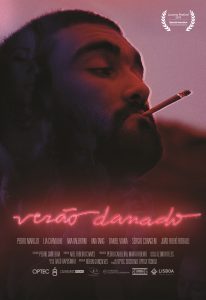 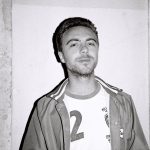 Pedro Cabeleira (Portugal, 1992) enrolled into ESTC, Lisbon's Film School in 2010, where he graduated three years later with a apecialization in Film Direction. As his thesis, he directed the short-film "Estranhamento", written by Diogo Figueira and produced by Vasco Esteves. The project was part of the official selection of Fantasporto 2014.
In 2013, Pedro worked once again with Diogo Figueira and Vasco Esteves, directing his second short-film "Nòs Somos Gomes Pipa".
Pedro, together with Joana Peralta and Marta Ribeiro, is the founder of "VIDEOLOTION", a production company based in Lisbon."Damned Summer" is his first feature film.