Home Sales Docs FROM THE DEPTHS

A film by Valentina Zucco Pedicini

Sardinia, nowadays. Dal Profondo is entirely shot 500 meters below  the sea level in the Nuraxi Figus coal mine. Patrizia, the only Italian female coal miner, will guide us into most impenetrable places of the last coal mine in Italy and into the souls and stories of her fellow  workers.

Valentina Zucco Pedicini was born in Brindisi in 1978. At the age of 18 she moved to Rome where she studied Philology and Italian Linguistics and completed her studies with a research on the Apulian dialect in contemporary cinema. Afterwards she was attending the International School for Documentary Zelig, where she graduated with honors in Directing. Her documentaries are selected for numerous national and international festivals. She won a scholarship in Belgrade with director Milko Manchevski and started to write her new film "Dal Profondo". 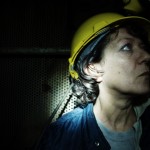 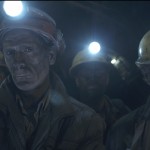 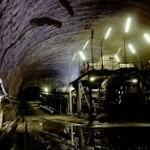